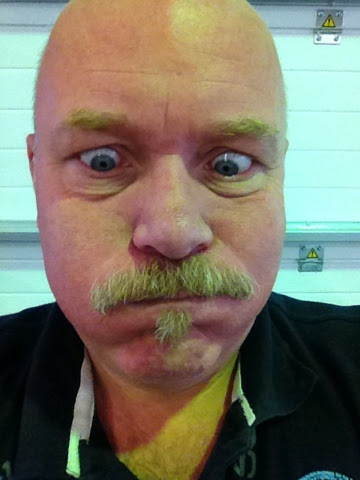 QUOTE:
What will my weight loss progress look like?
Results vary, but you will typically go through three phases:
► Honeymoon: Lots of weight comes off fast. This is water that was tied up with glycogen. Note: if you don’t experience rapid weight loss in this period, do not despair. Not everyone is so lucky, and men may be more likely to see rapid initial weight loss than women.
► Post-Induction Stall Syndrome (PISS): Water and glycogen find a new balance and this causes a stall or even weight gain, which lasts for a week or two. Relax, PISS is both normal and temporary.
► Fully keto-adapted: After 3-4 weeks the body is burning fat as its main fuel and the brain has switched to running on ketones. A bumpy downward trend in your weight will begin. The trend is "bumpy" because there will be days or weeks when your weight stalls, or even goes up slightly. This happens to everyone, on every kind of weight-loss diet. Please don’t post to /r/keto that you gained a pound or two, or plateaued for a week. The trend will be especially bumpy if you are female. In particular, shark week will play hell with your scale weight.
If a plateau lasts more than a couple of weeks, you may need to make adjustments to your lifestyle to break it. See the plateau section.
source: http://www.reddit.com/r/keto/wiki/faq
QUOTE:
In their recent book The Art and Science of Low Carbohydrate Living, Volek and Phinney describe two stages of keto-adaptation. In the first few days of a keto diet, your body is still running on glycogen stores. This is the toughest part of the process, because in order to break the vicious cycle of glucose-based metabolism, you have to avoid eating carbohydrates, even though your glycogen stores are dwindling. Fat metabolism is still not optimized, and ketone production hasn't become significant.
Another noticeable effect in the first days is water loss. One of the inefficiencies of glycogen storage is that it needs to be stored with water. It takes about 3 or 4 grams of water to store a gram of glycogen [1] . This means that as you deplete your glycogen stores you could lose up to 2 kg of water! Not only that, but high circulating insulin levels cause water retention by inhibiting sodium excretion (see e.g. [2]). The keto diet lowers insulin levels and increases insulin sensitivity, allowing excess fluid to be released. These combined effects are the origin of the claim that the weight lost on keto diets is due to water loss. In the very beginning, this is true, but subsequently, of course, it is not.
When glycogen runs out, you start producing ketones, and some are excreted in the urine. This is easy to measure, and some keto dieters use it to know if they are hitting a low enough level of carbohydrate restriction. This also marks the beginning of the second stage of keto-adaptation. Ketones are now becoming available for fuel, but they haven't yet risen to their stable adapted level. There is an interesting interplay between ketone use in the muscles and the brain. When ketone levels are low, the muscles tend to use them directly for fuel, but as levels increase, the muscles use them less, turning to fat for fuel instead. The brain, on the other hand, uses ketones proportionally to their concentration in the blood. This means that at low levels of ketones, the brain's supply is not much affected, because the muscles intercede, but above some threshold, the brain's supply rapidly becomes much higher. At this point, the brain can rely on ketones, and since it is no longer susceptible to running out of fuel, the need to eat frequently throughout the day to maintain mental function disappears. The muscles in turn now rely on fat: they finally have access to a virtually unlimited supply of energy, which is particularly valuable for athletes.
source: http://www.ketotic.org/2012/05/keto-adaptation-what-it-is-and-how-to.html
Posted by daarth at 09:13